From PennEnvironment: text of a petition against ongoing use of PFAS chemicals, which are now appearing in drinking water. Rep. Madeleine Dean (PA-04) has been a leader in securing the US House’s passage of the PFAS Action Act, which it is now up to the US Senate to pass for the public protection.

I urge you to halt further use of toxic PFAS chemicals unless and until any specific one is proven safe.

Across the country, the widespread use of per- and polyfluoroalkyl substances (PFAS) has resulted in the contamination of drinking water. These PFAS chemicals are toxic to our health. A growing body of research has linked several types of PFAS to cancer, higher cholesterol levels, suppressed immune systems, low fertility, and even developmental issues in children and infants.

Please do all you can to protect drinking water from toxic chemicals.

Green America, an environmental organization, conducted a report exploring environmental initiatives in leading clothing stores. The report looked at 14 major apparel companies to see if they were addressing issues like chemical use and waste from clothing production.

Based on their investigations, they had four major findings:

The environment has been greatly impacted by “fast fashion”. Not too long ago, buying new clothes monthly was rare. Now, apparel stores have new clothes out every week – and American consumers purchase the clothes just as fast. Between 2000 and 2015, clothing production almost doubled! And consumers don’t hold on to their new purchases nearly as long as they used to. The Council for Textile Recycling estimates that Americans throw away 70 pounds of clothes and other textiles every year. That is a massive amount of waste that is being produced – and 66% of it goes directly to landfills.

Green Team’s advice to you is to purchase new clothes only when absolutely necessary – and to use the clothes you already have as long as possible.

For more information and to read the full report, please visit the article at greenamerica.org

A Pennsylvania environmental board has essentially scrapped two state actions that would have paved the way for developer Brian O’Neill to build housing on a contaminated Chester County site.

The ruling on Friday appears to be a major setback for Constitution Drive Partners, a limited partnership involving O’Neill. The company wants to build housing at the defunct Bishop Tube site, contaminated by a variety of hazardous compounds.

The Pennsylvania Environmental Hearing Board concluded that amendments to an agreement with the developer stretching back to 2007 and 2010 not only are “arbitrary and capricious, ” but also “are void.”

“This is yet another environmental David and Goliath story,” said Maya van Rossum, leader of the Delaware Riverkeeper Network…. 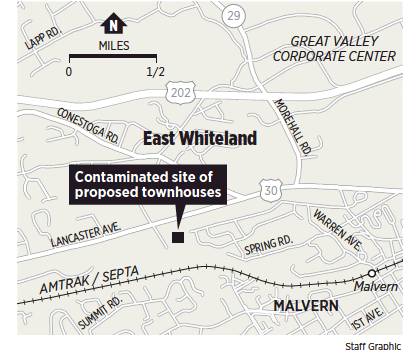 The Riverkeeper has fought to build a park at the brownfield site.

The Sept. 6 dismissal was rendered by Judge Bender and Judge Lazarus of the Pennsylvania Superior Court.

“The lawsuit filed by Brian O’Neill and his counterparts was a clear effort to silence, through intimidation, myself, my organization and the residents opposed to his proposed partial clean up and associated development plan; this is what is known as a SLAPP suit, a strategic lawsuit against public participation,” said Maya van Rossum, the Delaware Riverkeeper. “It is wrong for anyone, particularly a well-funded team of lawyers, corporations and individuals to misuse our legal system to scare a community into silence.

“While we were confident that the judges would once again see through Mr. O’Neill’s false claims, bluster and fear tactics, it’s always nice when the decision finally comes down. If Mr. O’Neill appeals yet again, we will know that this is a clear and obvious strategy to try to drain the financial resources of a concerned nonprofit and private individuals.”

The site is bordered by Little Valley Creek, a tributary to the “exceptional value” Valley Creek. Portions of the site proposed for development are wooded. The site is listed on the Pennsylvania Priority List of Hazardous Sites for Remedial Response under the Pennsylvania Hazardous Sites Cleanup Act (HSCA). Groundwater, soil and surface water at the Site are contaminated with trichloroethylene (TCE), which is classified as a probable human carcinogen by the EPA and also as causing other significant health problems. Other contaminants of significant concern are also known to be present at the site.

The Delaware Riverkeeper Network, led by van Rossum, the Delaware Riverkeeper, was also named as a defendant in the suit, and has been actively challenging a proposal by O’Neill, O’Neill Developers and Constitution Drive Partners for only a partial clean-up of the contaminated site known as Bishop Tube located in East Whiteland Township. O’Neill wants to build more than 200 homes at the site.

The original SLAPP action was filed by O’Neill on June 27, 2017 in the Court of Common Pleas in Chester County and claimed the advocacy activities of van Rossum and the Delaware Riverkeeper Network resulted in defamation/commercial disparagement, interference with contractual or business relations and amounted to a civil conspiracy.

O’Neill sought a judgement that would both silence the organization and mandate they pay over $50,000 in damages. The suit also threatened to target up to 10 additional residents, naming them as defendants to the suit, in addition to a resident already included as a named defendant.

Judge J. Sommers, presiding over the case at the Court of Common Pleas, dismissed the suit on Aug. 22, 2017, determining that van Rossum and the Delaware Riverkeeper Network were engaged in “constitutionally protected free speech under the First Amendment of the United States Constitution and the Pennsylvania Constitution” and that the defendants are “immune from plaintiff’s tort claims.”

O’Neill and his counterparts immediately appealed the decision. Judge Sommers issued a follow-up opinion in which the judge stated that the complaints filed against DRN “lack merit.”…